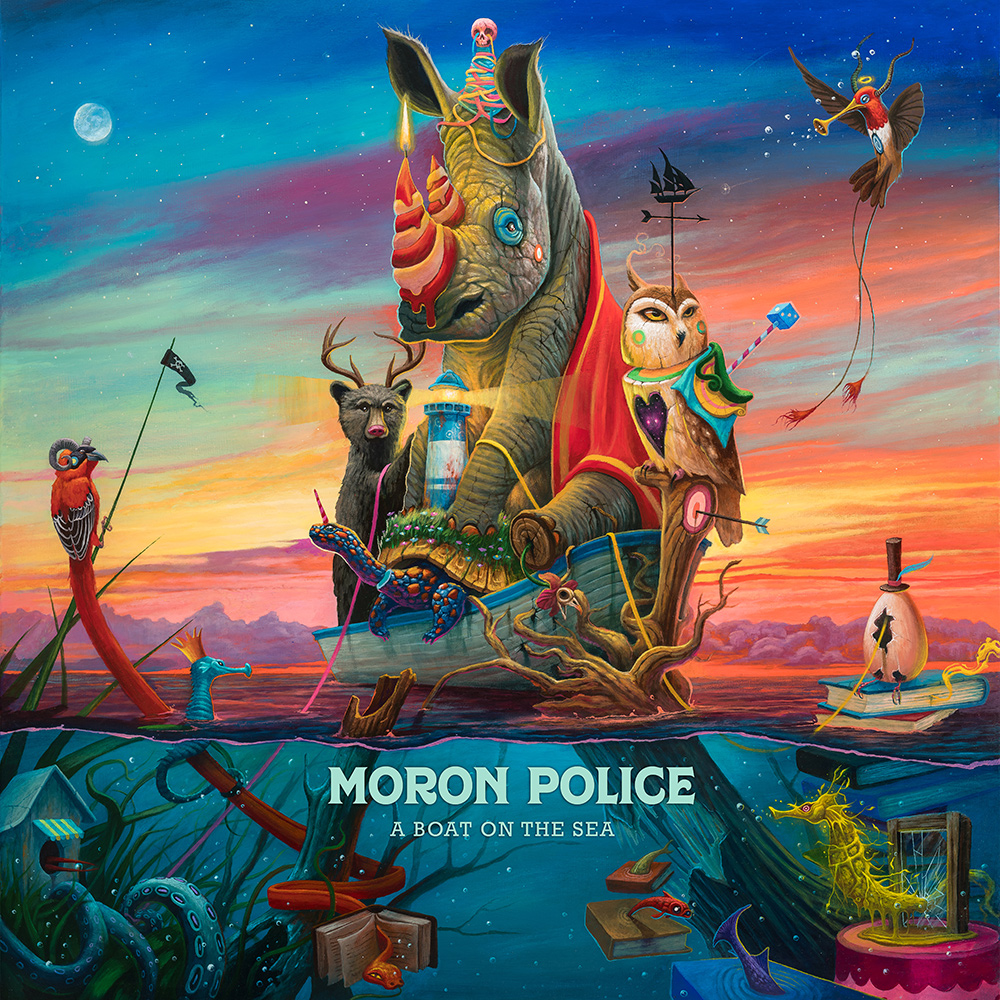 We are proud to announce the release of our new album “A Boat on the Sea” by pop-rock band Moron Police. The album was officially released on July 5th, 2019 and is digitally distributed by Mighty Jam Music Group.

The album is be available on various streaming platforms, such as Spotify, iTunes, Apple Music and more.

You can listen to our album here. You can also buy a digital download version of the album here. To buy a physical CD or limited edition Vinyl version of the album, please visit our web shop. Feel free to check out our Youtube channel, with new videos release frequently (don’t forget to support our band by subscribing and liking the video!). Song videos are also available directly on the video page of our website.

Morone Police is an award-winning Norwegian rock band considered to be one of Scandinavia’s top live performing group of artists. Previously released albums were esteemed by fans & critics alike and have earned the band international press coverage and radio play. The Band is also known for its unique cover design and art. Read more about the band here!